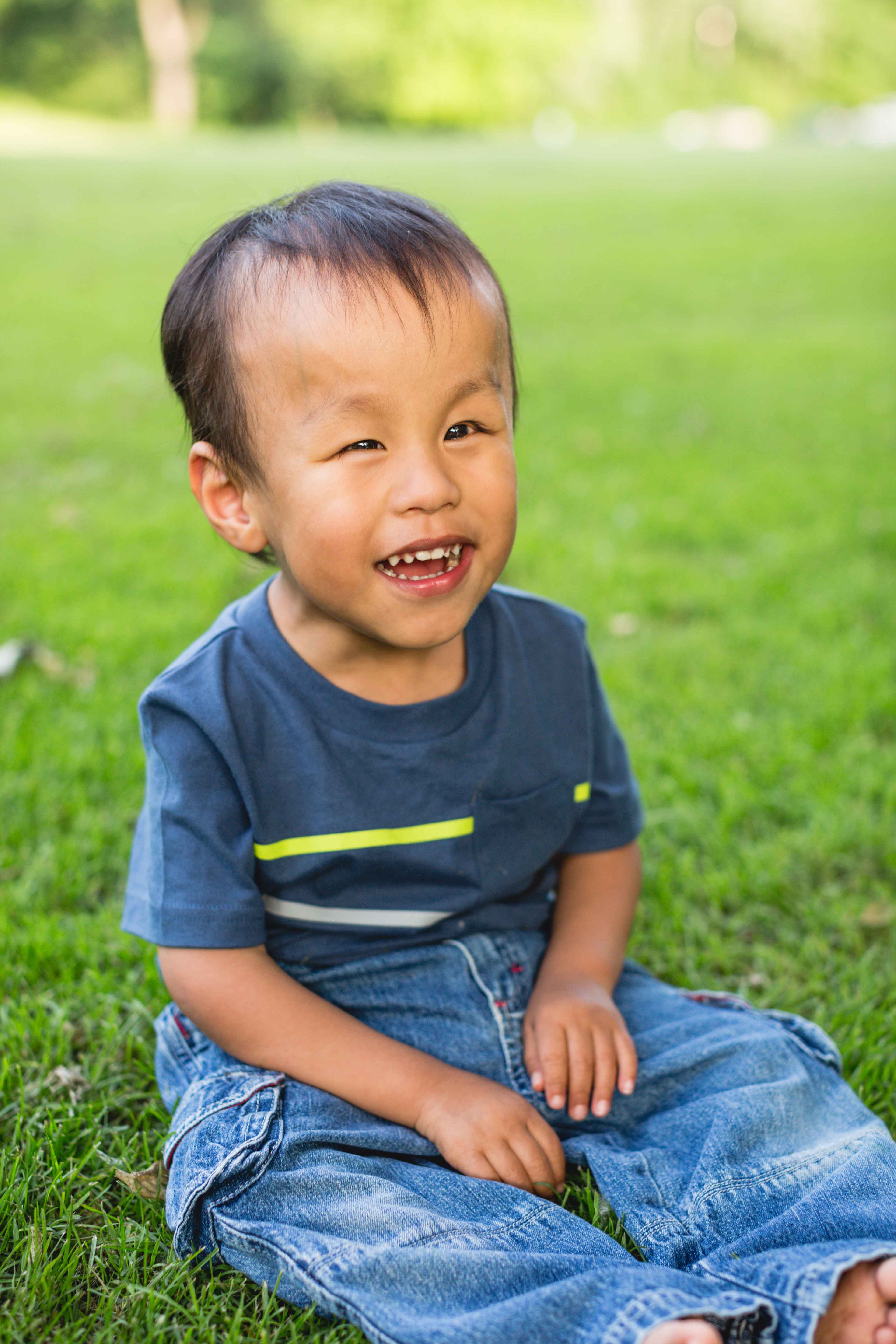 It started in the Fall of 2010. My husband, Andy, and I received an email update from some friends of ours who had been living in China. Their letter spoke of a tiny baby boy they called JB that they had been fostering for over a year. He had many needs, but in their care he was growing and thriving. Their letter spoke of how they had been advocating for him to be adopted and were looking for a family to love this child as their own forever. Andy and I both had that moment of wondering if we were meant to be this boy’s parents. I heard that whisper from God, and I confess that my first response was to shake it off and pretend it was not a plan for me. Adoption seemed to be something other people did, it seemed too scary, and there were too many unknowns. After a quick search of Chinese adoptions, we learned that prospective parents needed to be married for two years and each be thirty years old. At the time we had been married just over a year and were “only” 27 and 28 years old. In our minds we thought surely another family would come forward before we ever met the requirements to adopt. We thought this door was closed.

Time went by and we continued to receive updates about JB and God continued to whisper his plan to us. We still did not meet the age requirements, so all that we could do was wait, pray, and trust that if it was God’s plan for us to adopt JB, that he would surely carry it out to completion. In that time our love for JB grew, as did our desire to adopt him. We prayed that if we were to be JB’s parents that God would break down any obstacles and allow that to happen. We also prayed that if we were not to be his parents that God would provide JB with his forever family immediately.

Exactly 8 months before Andy’s 30th birthday, we knew that God was calling us to pursue the adoption of JB. We started our paperwork in May, 2012. The process was long, tedious, and invasive at times. It was also exciting as we made it through each step along the way. Throughout those months I often had many questions for God: Is this really your plan for us? How will we pay for the adoption expenses? Are we really able to handle caring for a child with special needs? And every time – and I mean EVERY. SINGLE. TIME. — God graciously met me where I was at and calmed my fears. Whether it was a Bible passage, an opportunity to work full time, a blog post from a family with adopted kids with needs like JB’s, or a few new pictures of JB in my in-box, God was there showing us that he was clearly in the driver’s seat and that he was with us. God was moving in big ways and was inviting us to join him on a ride that only he could navigate. 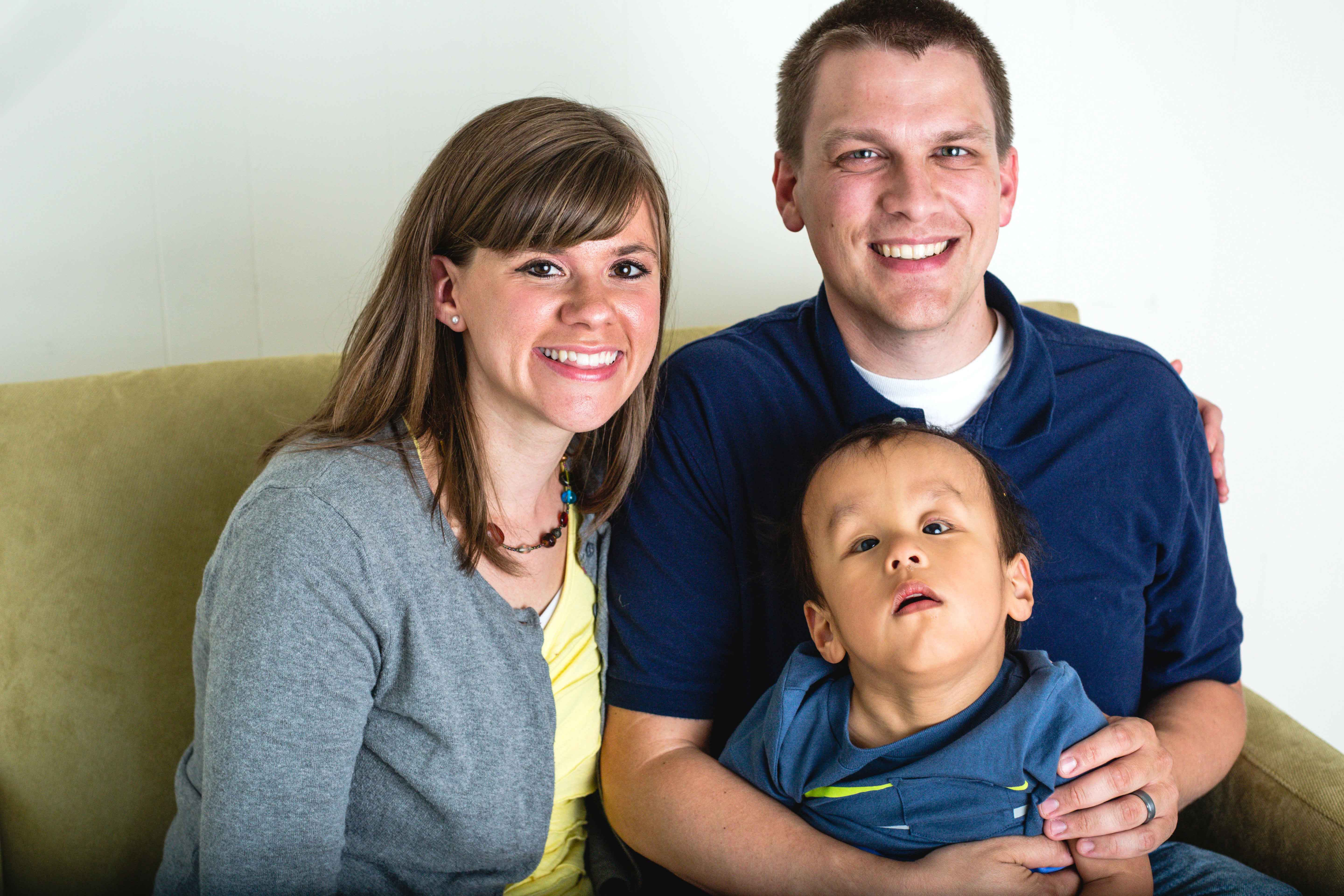 In between waiting to get to each next step in the process, we did some adoption training and read several books. Some books were very practical in how to approach parenting a child that had been adopted and has special needs. But the books that have been the most impactful were those that revealed the goodness of the gospel through adoption. On this earth, adoption is born from sin, hurt, loss, grief, and all kinds of yuck. Spiritually without God, we were in that yuck. We were sinful, lost, and far from God. Yet, in our yuck he moved and made the careful, intentional plan to bring us into his family as his children through the death and resurrection of his Son, Jesus Christ. Adoption on earth is a small reflection of God’s great love for us. The more we progressed in our adoption journey, the more I was in awe of God’s adoption of me –- of all of us just as we are. We also learned about the need for children to be adopted and God’s call for all of us to care for the orphans in some way. And the more we learned, the more our questions turned from “How can we do this?” to “How can we not?”

It took us almost exactly a year from when we started the paperwork to when we traveled to JB’s home country. On May 27th, 2013 I held my new, sleeping son in my arms as we filled out adoption papers that would forever change his life and ours. We named him Joshua, which means “saved by God.” I would never have dreamed that this is where my life would be or that this is how we would begin our family. I am beyond thankful each day for the little boy God has given us. Joshua is truly a gift. We have had our share of struggles as we work on attachment, go to doctor and therapy appointments, and just figure out this parenting thing, but we have been overwhelmingly blessed beyond measure. I wouldn’t trade it in a million years.