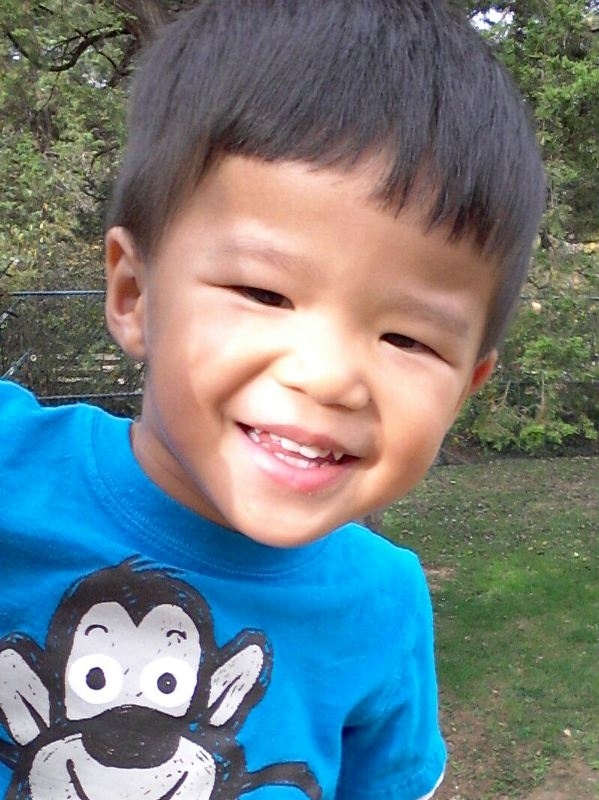 Someone once told me (Kayla) that “Adoption is not for the faint of heart.” Little did I know how true that statement would be!

My husband, Steve, and I began our adoption journey in November 2008 when we attended our first adoption seminar in Columbus, OH. This seminar opened up our eyes to see the need to adopt whether it was an international or domestic. After lots of prayer and research into the various avenues of adoption programs (foster care, domestic or international) we decided on international adoption from The Peoples Republic of China. We learned that the time frame for international adoption for a healthy girl was 2-3 years. We chose A Helping Hand Adoption Agency because it is close to us in hopes that this would help with any questions/issues that would arise in the future.

We began the “paperwork pregnancy” in February of 2009. The paperwork (dossier) included medical checkups for each parent, financial information, employment verification, birth and marriage verification’s as well as criminal background checks from all states that we had lived in as well as our current state of Kentucky. We also had to make a trip to the Immigration office in Louisville, KY for fingerprinting. Who would have thought that all this paperwork was necessary for an adoption???? Certainly I did not.

After a long and arduous spring and summer, our paperwork was finally submitted to The Peoples Republic of China in September of 2009. China logged in our dossier on September 18th. Now the wait began. While doing all the paperwork for the dossier, we learned that the wait for China adoptions could be up to 4 years and possibly longer. But we stayed with our decision and waited on the child that the Lord had for us. From this date on, we had to keep our paperwork updated every 15- 18 months. Little did we know how many times we would have to go through the updates for all of the paperwork including multiple times for fingerprinting. 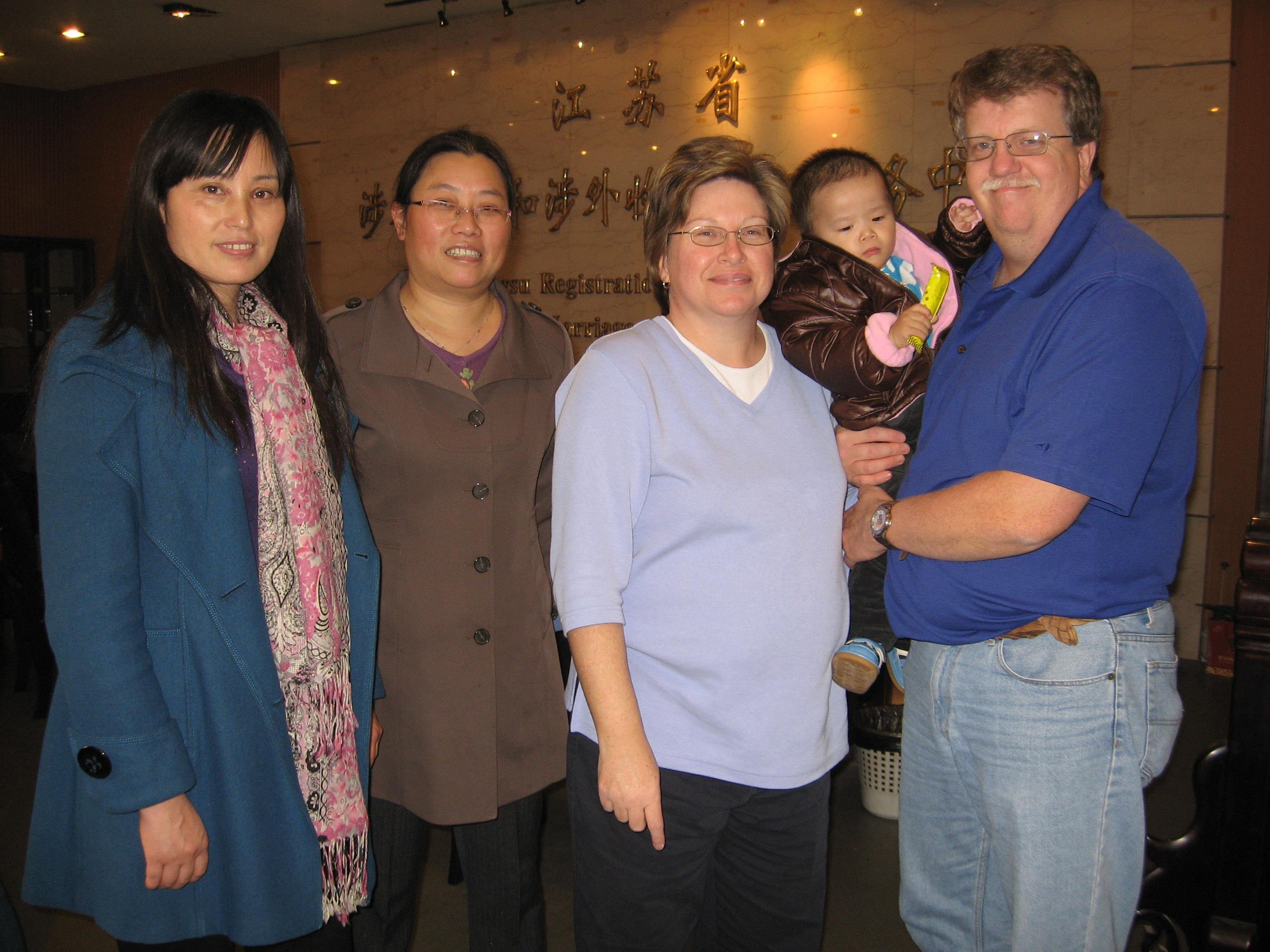 Some say silence is golden, however, when waiting upon an adoption and nothing is further from the truth. As the months and years passed, it seemed as though the time frame for healthy adoptions in China was getting longer. A Helping Hand also works with special needs adoption but my husband & I were hesitant about this type of adoption since this is our first child. After hearing that the time frame could now be as long as 5-7 years, in November of 2011, we started praying about adopting a special needs child. Although I have been around several special needs children and have babysat them, this decision was difficult. There are many special needs children available with their needs ranging from minimal issues to major life impacting issues. Finally, in January of 2012, we met with the staff at A Helping Hand and submitted the paperwork (yes even more was needed) to receive approval to adopt a special needs child. We let them know that we would accept specific minimal issues such as heart defect or skin defect. We also decided at this time that the gender of the child was not an issue for us, that we would take the child that the Lord has for us.

On June 26, 2012 we received the phone call that every adoptive parent waits for!! They had found a child that they thought would be “a fit for us.” This child was a boy who was 13 months old. He had a minor issue with his left hand, but other than that he was healthy.

So, how did A Helping Hand staff know that this would be a “fit for us?” Only the Lord knows the answer to that question!! They sent us the medical information they had received as well as a few pictures they had of the little boy. The little boy was in an orphanage in Nanjing, China due to the fact that he was found abandoned when he was just 5 days old. Once I saw those pictures the tears started to flow and I felt in my heart that this was the child for us!!! We had to give an answer within 24-48 hours of receipt of the medical info and pictures that we received. We took the medical information to a pediatrician as well as a friend of the family who is in the medical field to review it and they both declared that he was indeed a healthy boy. After much prayer, we decided that this little guy was the guy God had for us!

On July 7, 2012, we submitted yet more paperwork to The Peoples Republic of China requesting to adopt Chang Men (his Chinese name). Our original paperwork was for a healthy girl. Now we had to update it all to show a boy as well as his special need. On July 9, 2012 we received a letter from China granting us pre-approval to adopt Chang Men. Finally we were able to share pictures of him with our family and friends. On July 20, 2012 we received our Letter of Acceptance (LOA) from China stating that this child was ours! Now more paperwork….
We began more paperwork as we had to have approval from Homeland Security stating the specific special need of the child, paperwork for parenting seminars that we would have to take, and paperwork for travel to China also began. We submitted the necessary travel paperwork and on October 9 we received word from the US Consulate office in Guangzhou, China that our travel paperwork was approved. 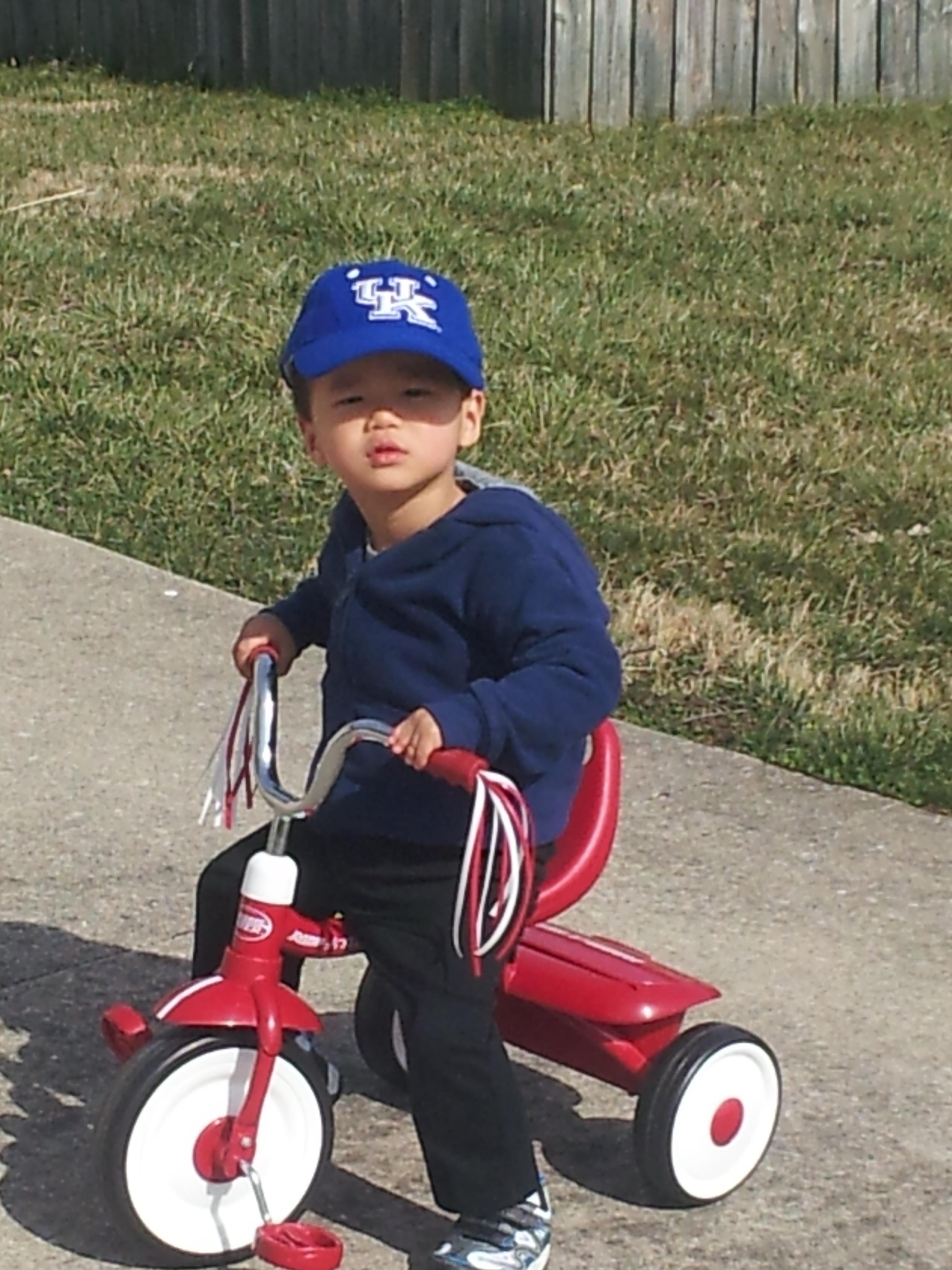 On November 15, 2012 we flew out of Bluegrass Airport in Lexington, KY to Chicago, IL. In Chicago, we met up with a couple from Pennsylvania, who were also adopting through A Helping Hand and going to China to pick up their child. From Chicago, IL we flew to Beijing China.

We spent 2 days in Beijing touring various sites including the Great Wall. On November 18, we flew to Nanjing China were our little boy, who is now 18 months old, was living in an orphanage. On Tuesday, November 19 we met our little boy for the first time at the Civil Affairs Office. What a special day that was! Chang Men, now known and Callan Micah Chang Broughton came to us just like he had known us forever. He was very happy, joyful and no tears at all! The next day, Wednesday, November 20th we went back to the Civil Affairs office to finalize paperwork.

While in Nanjing we met another couple from Maine who was there to adopt a little girl and a father who was there to pick up his 18 month old son. So on Thursday, November 22nd, which was Thanksgiving Day in the United States, our family as well as the other 2 families met and had Thanksgiving dinner together which consisted of chicken wings and mashed potatoes from KFC.

On Friday, we flew to Guangzhou, China to complete the final paperwork at the Consulates office as well as a medical check- up for Callan before leaving for the US.

On Wednesday, November 28, we returned to the United States. We arrived back at Bluegrass Field in Lexington at 6:30 p.m. to a crowd of family and friends who were waiting to meet the new member of the Broughton family. This year on Thursday, November 28, not only will we celebrate Thanksgiving, but we will also celebrate a one year anniversary of bringing Callan home. It will certainly be a day of celebration for all that the Lord has done for us.

On May 10, 2013 we celebrated Callan’s 2nd birthday. He has adjusted so well. He is funny, bright and is constantly learning and exploring just like any other 2 year old does. He will have a few surgeries over the next few months that will help with some of his needs, however his special need does not slow him down or keep him from doing ANYTHING!

All of our family and friends have accepted him and he has accepted them. While “adoption is not for the faint of heart” it is most certainly a true blessing from God!!! If God is calling you to adopt, please listen and follow His direction.